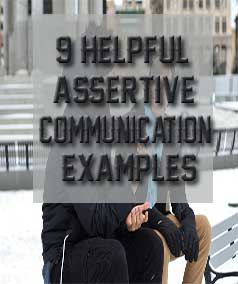 What Qualifies As Assertive Communication?

It’s important to have an understanding of exactly what is and what is not assertive communication. The qualifying criteria for assertive statements are twofold:

Why Does Being Assertive Matter?

There are negative repercussions that occur when you don’t communicate assertively – some short-term and some long-term.  Let’s say your friend wants you to come over to her house right away because she’s cleaning but her three kids are on her last nerve.  You are currently in the middle of a household project of your own, and you feel as if you always do for this friend, but she rarely does anything for you. 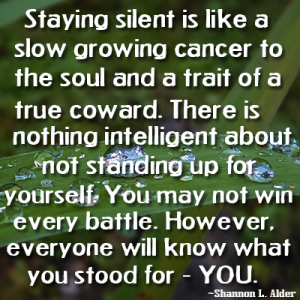 Let’s say you decide to take a passive stance.  Once again, you drop the important project you’re working on to drive over and help her out.  Initially, you may feel resentful and a bit angry at yourself and at your friend. Your self-esteem takes another hit as you berate yourself with thoughts like, “Why am I always the one who has to sacrifice?  Why can’t I just be honest and say ‘No, not now’?”.  Those are some of the possible short-term effects.  But studies also show that those who repress their emotions, desires, and needs are more likely to suffer from depression, low self-esteem, loneliness, and even some physical disorders.

If you take an aggressive stance, you might get angry and throw some items around the room or yell at your friend, or at someone else nearby.  You might berate, belittle, or otherwise verbally abuse her.  Of course, the immediate repercussions of aggressive behavior is that the other person becomes either angry, scared, or guilty.  If you regularly engage in this behavior, you’ll probably find yourself alone since people do not want to tolerate such behavior. Prolonged, excessive outbursts that come from such aggression has also been indicated as a risk  factor in heart disease.

If you tend to use passive-aggressive strategies, you’re not really making your desires known.  Maybe you state what you want then mask it by saying something like, “I was only joking.  Can’t you take a joke?”  In essence, you kind of hint at what you need, but you’re basically wanting the other person to guess what it is you want or need.  It’s an ineffective way to communicate, and you’re not standing up for yourself and being honest.

Being assertive is something everyone gets better at the more they practice. No one responds assertively 100% of the time. When we get angry, we might slip into an aggressive mode. When we find ourselves in a situation where we face authoritative people, we might slip into passive mode. Your goal should be to practice your assertiveness skills and bring them into your relationships more and more. Maybe you have no problem being assertive with your family, but you have trouble with it at work. The most important part of being assertive is taking the time to notice how you feel and realize that you have the right to be true to yourself and express your thoughts and desires honestly.