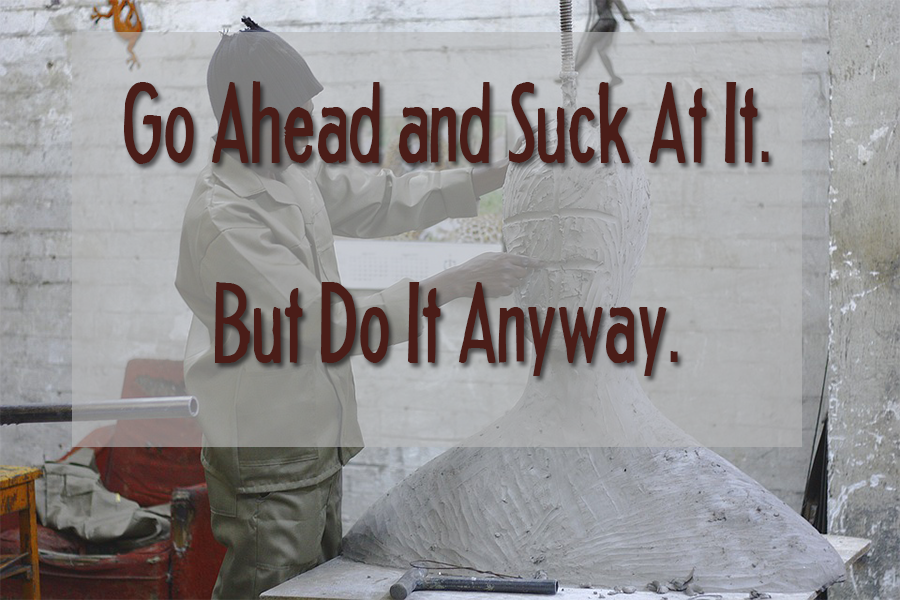 I often hear people talking about the projects they’re going to do, the side business they’re going to start, or the book they’re going to write. But time goes by and nothing happens. There’s always a new excuse. Oftentimes, we look at a successful business, person, website, or a perfect DIY project and visualize the one we have in our mind looking similar to that. But the fact is, when you first start doing something, you suck at it. When you first take the time to sit down and try, you see your results and think, “I can’t do this”. 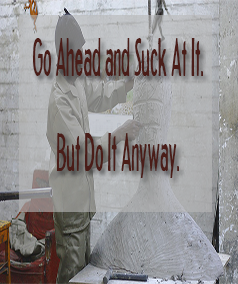 I’ve read so many comments on social media from people who want to start an online business, and they go on and on for months debating the minutiae that, in the long run, doesn’t matter. “Which payment gateway should I use?” “Does my logo look better in green or brown?” “Which font should I use?” Granted, you have to make these decisions, but I see people inventing obstacle after obstacle for months or years instead of just jumping in and doing something. 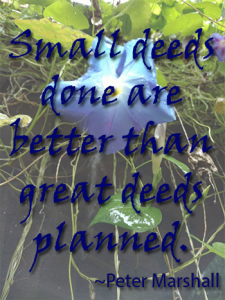 You could read all you want and interview people and discuss ideas in forums and social media, but nothing will teach you what you need to know better than doing it. When my daughter was younger, she loved to draw. She drew everything she saw – every day. Of course, she wasn’t very good. Many times, I couldn’t identify what it was she drew when she proudly showed me her masterpiece. But, she loved to draw and kept on drawing. She didn’t care if she ran out of printer paper. She’d draw on anything – magazines, junk mail, etc. She didn’t have a set of artists’s pencils or fancy pens or erasers. She’d grab the 20-cent pencil that was now an inch long and draw away. And you know what? She became good at it – really good. She didn’t take expensive courses or study lots of books.  She did it and learned as she went.

Many of the successful people or businesses you look up to today had a long, rough beginning.  Arianna Huffington tried to publish a book and was rejected by publishers 36 times.  When she launched the Huffington Post online, it struggled and many online publishers wrote negative reviews about it, saying it was of a low quality and had no potential.  She kept on sucking, though, until she got better and better, and now her website is one of the most highly-trafficked and profitable websites out there.

When I think about kids watching a TV show like American Idol or The Voice, then they think, “Oh, OK, that’s how you become a musician, you stand in line for eight fucking hours with 800 people at a convention center and… then you sing your heart out for someone and then they tell you it’s not fuckin’ good enough”.

Can you imagine? It’s destroying the next generation of musicians! Musicians should go to a yard sale and buy and old fucking drum set and get in their garage and just suck. And get their friends to come in and they’ll suck, too. And then they’ll fucking start playing and they’ll have the best time they’ve ever had in their lives and then all of a sudden they’ll become Nirvana. Because that’s exactly what happened with Nirvana. Just a bunch of guys that had some shitty old instruments and they got together and started playing some noisy-ass shit, and they became the biggest band in the world. That can happen again! You don’t need a fucking computer or the internet or The Voice or American Idol. 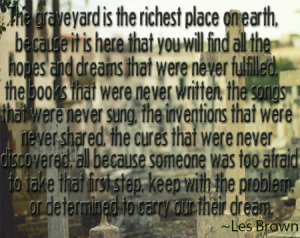 Not everyone who starts doing something ends up rich or famous. But the ones who did and didn’t quit learned a lot. They had fun. They grew. They learned to deal with rejection. They sucked. They got better.  They did something.

Who are you?  What do you have inside you that could come out and enhance the world if you’d just take some action?  You have a unique perspective that no one on earth has.  Share what’s inside of you.  Make it, write it, build it, do it. It doesn’t take leaps and bounds.  It just takes tiny baby steps, one today, one tomorrow, one the day after that.  Don’t invent reasons why you can’t take some small action today. The time is going to pass anyway, so why not get started on doing that thing you want to do?

Experiment: Change Your Beliefs For One Week

How To Change Your Beliefs

10 Powerful Tips on How To Beat Depression and Loneliness