As you can probably tell, I’m very much into positive thinking, adopting the most empowering beliefs, and operating my life from a place of love. One of the areas I struggle with is the area of dealing with “difficult” people (and the word difficult is quite an understatement). So I thought I’d share some personal opinions on the subject.

I’m sure everyone walking this planet encounters certain people in their life who are impossible to deal with – people who use you or have hurt you so deeply that all the positive thinking in the world just doesn’t help the situation or help you deal with them (or the results of their actions). I’ll detail a few situations in my life and where I’m at on operating from a place of love and acceptance.

When I look back at my life, there are two people who fit this description and who have presented me with the most difficult struggle to overcome – my adopted mother and the man I married.

I’m sure the details would bore you, but I’ll provide a brief overview. When I was born, my birthmother didn’t want me so she left me at the hospital. She didn’t take the time to sign any surrender paperwork, and when she left, the hospital could not locate her, so it took nearly a year of courts to relinquish her rights and put me up for adoption. I was adopted at age 1 by two poor people. My father did not want to adopt a child at all, and my mother wanted a boy but was unable to get one, so they got me. Why they adopted me, or even why they were allowed to adopt me, I’ll never know. They absolutely hated me from the beginning. Years later, I found a note written by my mother shortly after I came to their house that said, “That little brat wants held. I’ll be damned if I’m going to hold her”.

The 17 years I spent there were just pure hell. There were daily beatings, and I was not allowed to eat their food so I’d sneak downstairs at night and steal dry cat food to eat. If you’re interested, you can always read “Mommy Don’t” for an account of that nightmare. I left there when I was a junior in high school. Initially, I went to stay with an upstanding couple from church, but every chance the man would get, he’d get naked if we were alone and try to have sex. So I left there and lived on the streets for a year and a half. By then, I was really messed up emotionally from the terrible circumstances I grew up with. I was depressed, and I was often admitted to psychiatric hospitals for a while. 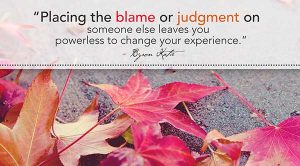 I never dated because my only focus was trying to get enough to eat and trying to procure stable shelter. Also, I read that abused children often grow up to marry abusive men, and I was afraid that might happen to me so I was not interested in even talking to any men.

After several years, I got my emotional self a bit straighter, and at age 22 I started college. I still never dated. I went to school fulltime and worked fulltime, and life was just about trying to get a degree and trying to pay rent, bills, food, etc. Then, when I was 26, I won a scholarship to study Japanese at a university in Japan for a year. I was so elated as I stepped on that plane.

In Japan, I met a kind, exotic man from Yemen. We hung out together every day, but after a couple months, he had to return to Yemen. I had another 9 months to go in Japan. Long story short, he showed up on my doorstep after I returned to the states. He came with no money, no plans, nowhere to stay, so he suggested we get married so he would be able to find a job. Without thinking, I spontaneously said “Sure”. We went to the courthouse and got a marriage license. The next day, he left. He did come back 7 months later, though.

Even longer story short, he turned out to be just as abusive as my adopted mother. But I was trapped. We had 3 kids, and he controlled everything. I had no money. I went to a battered women’s shelter twice, but they let me stay for 30 days only. The waiting list for housing assistance was 2 years long. Once again, I was left with no self esteem and severe depression.

The important thing to know about him was that he hit me, he loved to play all kinds of sick mind games to make me think I was crazy. He did not like me at all, and he was extremely controlling. He demanded I convert to Islam, he demanded I never wear shorts or short sleeves, he took my mail, monitored any phone calls, etc. All the usual “bad person” behaviors.

I endured it for 7 years until one day I got a call from the FBI saying he had been arrested. They believed he was a “first string al-qaeda operative”. Finally I was free. 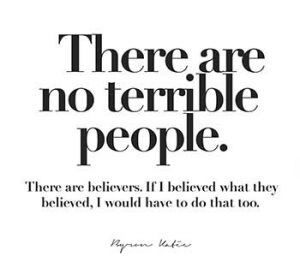 He spent nearly 4 years in jail in Pennsylvania, and then he was deported. A bunch of bad stuff happened (blah blah blah) but then in 2006 he kidnapped my 3 children (I had sole custody). Not only did he kidnap them to a horribly poor country with almost non-existent basic services like electricity, but he also he beat them.

Of course I did everything imaginable to get them home, including going over there with an inflatable boat and trying to get them out by crossing the Red Sea to Djibouti. In the end, all the things I did failed. My children are still stuck there.

If there’s one thing I want you to understand is the complete and utter devastation I felt with the loss of my kids. There really are no words to describe it. The pain was physical. My muscles hurt. I couldn’t function. His mistreatment of them made it even worse. He really did not care whatsoever about them or me. He cared only about what other people thought of him. That, and money.

Neither of these people were sorry for the terrible things they had done. They both seemed to revel in the pain they could cause to others. It seemed to give them a high and make them powerful – like a God. So how in the world could I put salve on my immense pain and come to a place of love? That was my struggle.

Well, my mother died, so I didn’t have to ever see her again. But my pain and hatred remained. My husband, well, I sincerely wished he would die. (I didn’t say I was a saint!)

I’m at a place now where I can say that I have forgiven both of them. I do not hate them. However, I don’t see or speak to him. I’m afraid if I see him the hate might come flooding back. Or maybe not. I don’t know.

It took me several years to move from intense hatred to where I’m at now. I know that everyone on this planet is doing the best they can do given their own mindset and stage of growth. Some people just haven’t grown emotionally. They are filled with negativity and hatred and pain. Well, this is my opinion because, really, how can you cause so much pain (and not even care) to another human being if you are not full of pain yourself? 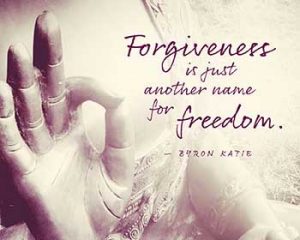 So basically, I tried to explain away their behavior. I will never understand why they chose to do what they did, but I know it’s because they are waaaaay back there on the growth/evolution pathway. You can’t blame someone born with mental inadequacies, so how can you blame someone for being very backward on the soul evolution pathway? I believe people, like all life, are about growth. Part of our soul’s purpose is to grow and evolve to what is real (i.e., love). I think everyone will get there eventually (many not in this lifetime). So I learned to forgive them because I consider them as very unevolved babies who are full of pain themselves. (However, I must add that he seems outwardly to live a privileged, cushy life ).

Another thing I did was to read about stories of people who had forgiven others for unspeakable crimes. A woman who was a lone survivor of the Rwandan genocide forgave her attackers. A parent forgave the criminal who kidnapped and murdered her child. Oprah Winfrey forgave the relative who sexually abused her as a child. These people became my role models and showed me the redemption to be found in forgiveness.

And then I looked at myself. Byron Katie in her book Loving What Is details how to turn any situation around so you can effect change the only place you can – on yourself. No, I never beat anyone or purposefully did something to hurt another person, but do I have a shadow side inside me? Yes, I do. Can I be selfish? Yes, I can. Can I be thoughtless? Yes. Did I have any responsibility in the terrible situations that occurred? I’m sure somehow I did. I am not perfect, so I understand that maybe I have no right to judge them. I learned to accept what is without making a story out of it by attaching words like “should” or “shouldn’t”. Maybe I can’t see it now, but when I die and get my life review, maybe I’ll learn that the biggest lessons came from those experiences. Maybe, just maybe, these two people will have provided me with the lessons I needed to take a giant leap on the road to soul growth. Maybe it’s all for my highest good. At least that’s the way I prefer to think. It’s certainly more empowering than being consumed by anger, hatred and bitterness.

What about you? How do you forgive the unforgivable? How have you overcome the hurt caused by others? Share in the comments below.